He shoved me hard toward the wall of his bedroom, face-first into the middle of his projected seawater aquarium. I blinked rapidly as a digital shark darted through my head and over my splayed hand. 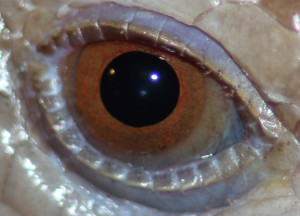 When you come from a planet made entirely of desert, the ocean is a constant source of fascination. I could say the same regarding his attraction to humans. We’re foreign and exotic…and forbidden by law. It’s the same on all planets. You always want what you can’t have.

He trapped me against the wall with his heaving body. His incredibly big, sexy, reptilian body.

Now, before you get all squirmy and disgusted, he’s not a reptile. Mostly. At least in the class Reptilia. We call his kind Amnimorphs because most of them came from the planet Amnio before it was destroyed. Gem is one of the last Amnimorphs alive born on his home planet. He’s a wonderful combination of humanoid and reptile, and I’ve spent my life studying his people.

He bit down on the patch of exposed skin on the back of my neck and I moaned.

“Submit, Professor,” he hissed, his forked tongue flicking at my hairline.

I felt his stiff arousal against the cleft of my ass and I shuddered.

He ran his rough, near-scaled fingers over my arms and chuckled. “Because you want me as badly as I want you.”

Check out all the stories for the sci-fi themed #ThursThreads week here.