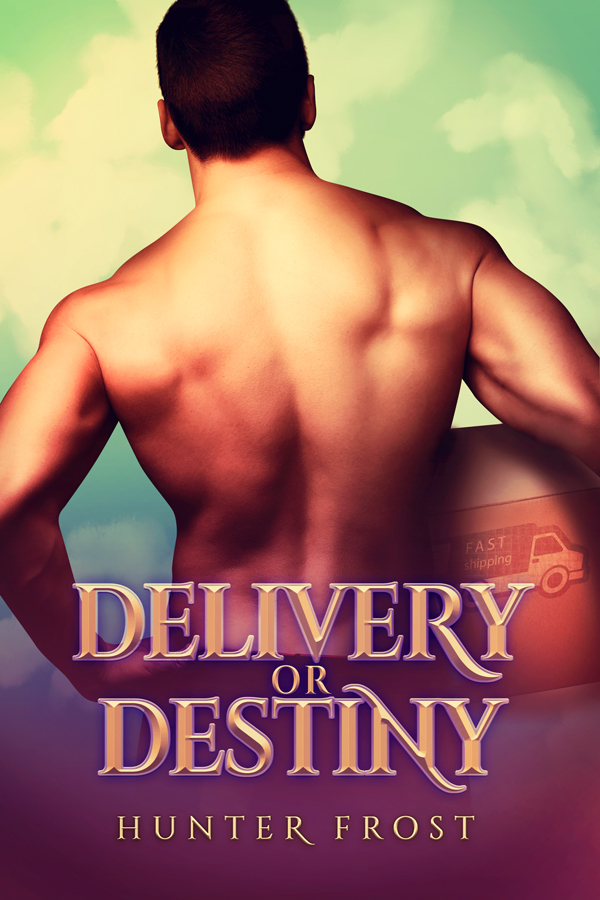 IT geek Sean Barlow lusts after the dreamy UPS guy who charms the ladies in his office with his roguish smile and sinful brown shorts. The delivery guy couldn't be more out of Sean's league, even if by some miracle he was gay. But when a freak power outage finds Sean trapped in the elevator with his uniformed hunk, he learns first-hand that you can't judge a UPS guy by the size of his package.

This is a revised version of "What Can Brown Do For You?" coming soon to all your favorite retailers!

I made my way over to the break room, carrying a binder in front of me (I've learned my lesson) and an empty coffee cup to make it look like I had a reason to be there. Mr. Brown leaned over the front desk, chatting up nearly ten women at once. I propped myself against the door frame, staring at the curve of his tight ass in those shorts only he could look good in. Damn, he had a perfect, round rump, stretching the fabric in all the right places. The material came down nearly to his knee, exposing a tease of muscled thigh. His calves were lean and tan, and lightly dusted with dark hair that matched the midnight locks on his head. He held his cap in hand as he stood, giving me a generous view of his broad shoulders and slim hips, accented by the black belt around his tapered waist. The uniform accentuated the movements of his taut muscles, and I was mesmerized.

The women near him laughed and primped, trying to hold in their guts and push out their boobs all at once. He laughed, talking with them about whatever cheap floozies talk about. Jealous much? I sighed. I couldn't judge them. I was exactly like them. Well, without the tits, or even the balls to enter Mr. Brown's line of sight. He probably thrived on the girly attention and had any number of hot chicks to choose from every night. Smokin' hot men like him, gay or straight, knew it, and used it to their advantage. Mr. Brown was no different. He could be as shallow and self-absorbed as he wanted to be. No one would care. I mean, look at him! Who would say no to that?

I poured myself some coffee and returned to my spot in the doorway. I blew into the cup before the steam could fog up my glasses. When I glanced up, Mr. Brown's gaze had landed on me.