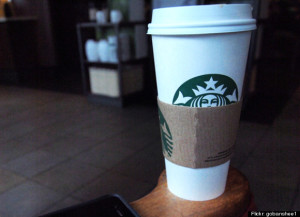 I’m thrilled once again to receive honorable mention in Siobhan Muir’s Flash Fiction Challenge #Thursthreads. I’ve made it a weekly habit to participate because it’s a great writing exercise. I never thought I could write anything worthwhile in 250 words, but this challenge and my fellow competitors have inspired me to do just that.

Thank you to the judge this week, Marla Monroe, and to all the other amazing writers that took part in the contest.

Check out all of the entries for the week here.

I hope you enjoy my entry:

“You know, this is just like you to do something without thinking first!”

Brad’s voice rose to that high pitch Neil could barely stomach. Like wool over dry skin it made him shudder and he didn’t know how much more he could take.

Brad on the other hand had a flair for arguing. If it wasn’t the ever increasing tone of his voice, it was the wild hand gestures and expressive body language that made Neil think Brad enjoyed fighting. The expletives would come near the end, when Brad was ready to close the curtain on his little drama and begin with the making up. Neil hoped that would be soon.

“What?” Neil turned back to unloading the bag of groceries. “I only invited him because he put me on the spot.”

Expletive number one. Thank god the end was near.

“You don’t even care do you?” Brad asked.

Neil refused to turn around and play into his game. He held his tongue.

“You know I can’t stand him, but that doesn’t seem to make any difference to you.” Brad’s shoes echoed on the kitchen tile behind Neil. The scrape of the barstool told him he had sat down. “Do you ever consider my feelings?”

Neil took a deep breath. This was going nowhere fast.

“I want to break up,” Brad said, forcing the last word out.

Neil whirled around, the air suddenly dashed from his lungs. No…

I’ve been chosen as the winner of Siobhan Muir’s Flash Fiction Contest!! The judge for this week, Katalina Leon, had such lovely things to say about my story and the entire group of entries. I’m so pleased to be a part of #ThursThreads!

“Your lips are incredible,” I murmured, Mick’s mouth traveling down my chest and over my stomach, his kisses searing my skin.

My breath hitched as he brushed his rough cheek against my hip bone. He slid a finger slowly down the crease of my groin and my cock pulsed, waiting anxiously for his touch.

“You sure this is the one?” He asked, tracing lazy circles on the inside of my thigh with his callused thumb, making it difficult to think. I raised my head to find him staring at my hip.

I should have known he would see it, even in the dim light of the bedroom.

When we had met, Mick had told me he didn’t like tattoos. And though all of mine are hidden from public view (and he was so hot), I didn’t lie. Apparently, he had found that refreshing and asked me out anyway. We’ve been on nearly five dates now and I’m falling for him.

He didn’t seem to mind the other tattoos, but I worried about the design on my hip. It’s a pink lotus flower and I got it to represent the joy of expressing myself as a gay man. I told Mick as much, but he’s so big and burly and hard that I figured he’d hate it.

I finally nodded, resigning myself to his forth-coming disapproval.

“You made it sound like I would burst into pink flames if I saw it.” He snorted. “This is…sweet, sexy, and beautiful. Just like you.”

Please check out all of the stories for the week here.